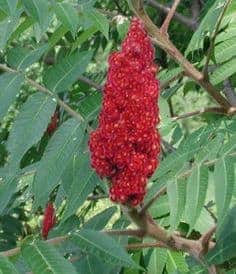 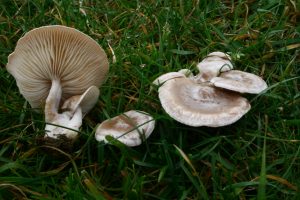 My obsession with stalking the wild asparagus continues. Dressed like Miss Marple with my hat and Wellies, I love to gather apples, pears, chicory and, of course, my beloved grape leaves. Last week, while searching (alas, failing) to find a new source of grape leaves in a nearby park, I did discover dozens and dozens of pale green orbs hanging from trees like so many Christmas ornaments. I plucked one low-hanging one as well as a small branch of leaves, and posted photos on Facebook, hoping that at least one friend could help me with identification. Within minutes I had my answer: Black walnut. Unfortunately, I had no idea that cutting into the hull of that nut to make the photos would render my fingernails dark brown for two long weeks. Note to self: wear gloves.

Despite the risk of permanent dye, I was on a mission. I just had to gather what so many people claim is a sublimely flavored nut. So, on a sunny and warm Columbus Day, four-year old Max and I headed out to harvest. It turns out that finding the trees was the easiest part of the exercise, and retrieving the ripe globes that had fallen to the ground required little effort on our part. (Having a little kid close to the ground was a big help in the search.)

Finding nuts not infested with slimy little worms was another matter. The longer they remain on the ground, the more likely it is that they will attract the critters. Yuck. So, why not just pick them straight from the tree? Well, if you happen to be 20 feet tall or own a cherry picker, that would be a fine solution. I happen to be 5’7″, and can barely reach the lowest branches.

After one tree’s worth of nuts, we headed home to begin the next phase our project. That turned out to be the hard part, involving water, an exacto knife, and a drying tray, none of which steps yielded anything we could actually eat.

The phrase “tough nut to crack” must have been invented for the black walnut. No simple nutcracker is sufficient here. To get at the meat inside a black walnut, a sledgehammer is the only way to go. Another note to self: Sledgehammers can pulverize the nutmeats.

So much work for so little result. As the woman in the youtube video said, “That’s why they’re so stinkin’ expensive.” (Yes, twice that of standard “English” walnuts.)

Oh, but what a splash they’ll make as a Thanksgiving dessert.