“Musick has Charms to sooth a savage Breast,

To soften Rocks, or bend a knotted Oak.”

I think it’s pretty clear from the fact that I write about food that I love it. And, between the dial on my radio, the CD player, and summers volunteering at Tanglewood, summer home of the Boston Symphony Orchestra, it is probably no secret that I love music.

Combining the two can deepen the experience of being with friends and family. Whether a picnic on the lawn at Tanglewood or dinner around the table, music can enhance both the flavors and the atmosphere of breaking bread.

What I cannot abide is the ear-splitting music at too many restaurants. Last month we had an absolutely delicious dinner at a Greek restaurant. When the waitstaff came out to perform authentic folk dances, complete with smashing dishes, we were delighted at the unexpected addition to the evening. However, we were less than thrilled when the decibel level of the accompanying music was set to “deafening.”  Worse, when asked to turn down the volume, the manager refused.

As long as I’m ranting, it’s just not cool when the music at a wedding (or bar mitzvah, quinceañera, or candidate’s election night party) is so loud that guests have to repair to the lobby in order to have a conversation. If I go to the trouble to get all farpitzs for an evening out (as opposed to my writing uniform of jeans and slippers), I want to enjoy the glow.

I wonder what Congreve would say if he were to wander into the Hard Rock Café today. His savage breast might just heave up and throttle the inventor of the amplifier.

Phew. Glad I got that off my chest.

I love cigars! No, not the brown cylindrical things that stink up the house and that grown men smuggle from Havana. (In this new age of detente, do they still need to smuggle them?)

No, I love edible cigars, the kind you find throughout the Mediterranean and Middle East.

On a recent visit in Turkey, we enjoyed lunch in a lush garden under a heavy canopy of trees that provided a welcome cooling shade — just the ticket after a full, and baking hot, morning at Ephesus.

Lunch was a series of small dishes called mezze, the Middle Eastern version of Spanish tapas or Italian antipasto.

What I love most about mezze, aside from the variety of flavors and textures, is that partaking of the small dishes forces us to pace ourselves. As one who is often guilty of eating too fast, mezze is a reminder of the importance of slowing down and enjoying life. And, surrounding ourselves with congenial folks creates an atmosphere conducive to conversation. Social support networks are usually made of friends and family, but while the eight other folks at our table were strangers when we first sat down, they became friends over our shared dining experience. Food served as the WD-40 to smooth the mechanics of getting to know one another.

Although our menu that day was determined before our arrival, dining on mezze at a restaurant is also about enjoying the process of selecting the dishes. Mezze dishes use local products that highlight the wonderful natural resources of the area, and given the virtually infinite number of ways in which a few key ingredients combine to form the dishes, it could be very easy to over-order.

At our lunch we sampled hummus, several different eggplant salads, three varieties of olives, pita, and those wonderful sigara bouregi – cheese cigars. A refreshing dessert of watermelon and grapes capped off the meal.

Would that every meal were as slow and measured as that lunch in the garden.

The annual bonanza/surfeit/ridiculous overproduction (your choice) of the typical home gardener’s zucchini patch has begun. Zucchini bread, zucchini pudding, zucchini fritters: green squash is coming out of our ears.

I have laughed at the many silly ways proposed for getting rid of the cylindrical veggie, such as the one in which a gardener leaves a basket of zukes on a neighbor’s porch, rings the doorbell, and runs like hell.

On the other hand, I always got a sick feeling at the former local Zucchini Festival where, at one booth, fair-goers catapulted hundreds of the green squashes at a target — for fun.

Now, in a few weeks, thousands of people will make their way from the four corners of the globe to Spain to fight in this year’s “World’s Biggest Food Fight.” At the annual Tomatina tomato festival held in Bunel, participants hurl one hundred metric tons of tomatoes at one another. For fun.

And, modeled after La Tomatina — in seven cities in our own country, from Boston to Seattle, Dallas to Miami — is the Tomato Battle. At this also-annual event, “soldiers” don bathing suits, safety goggles, and shoes to immerse themselves in piles of overripe tomatoes and “set about pelting people with fruits like sentient apple trees avenging the initial-carving of amorous teenagers.”

According to Feeding America’s most recently published report, over 49 million Americans live in food insecure households, almost 16 million children. The organization’s network of 58,000 — 58,000! — food banks, parties, and meal service programs provides service to 46.5 million people in every community across the U.S.

Yet, people throw food at each other for fun.

Many of the people served by Feeding America live in what are known as “food deserts,” defined as a part of the country lacking access to “fresh fruit, vegetables, and other healthful whole foods.” In other words, no grocery stores, farmers’ markets, or other healthy food providers.

Battle organizers claim that the Tomato Battle is “an efficient and entertaining use of non-edible waste.”

Efficient? Non-edible? Has nobody figured out a way to process these fruits into soup, juice, or sauce to feed the hungry? 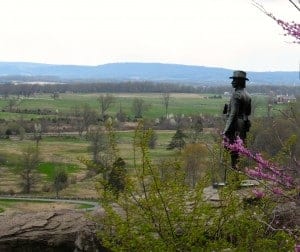 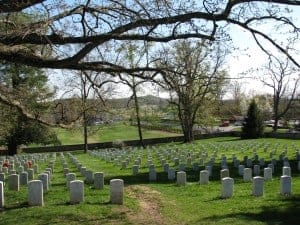 I recently got an assignment to write an article about dining out as a vegetarian. I was supposed to focus on “American” restaurants. The longer I thought about it, the murkier the definition became. What exactly is an American restaurant?

Does its kitchen use only ingredients indigenous to the United States? If so, then we are going to have a pretty narrow choice of foods.

Or, does the term include all produce, meat, and fish that is raised in the United States? That certainly expands our options.

How about the Americas — South, Central, and all of North?  That opens up our menu even wider.

Or, is an American restaurant one that encompasses the cuisine of the myriad immigrant groups that have come to our shores and made this place their home — places as diverse as Burundi, Brazil, and Belarus?

An interesting factoid: In my research, I found that virtually every so-called American restaurant that does list a vegetarian entrée on its menu chooses Italian. There may be  one more (very few restaurants list more than two veggie dishes), but the default seems to be pasta.

Marcel Proust had his madeleines to spark recollections of his youth.  For me, opening a container of za’atar releases, along with its verdant aroma, memories of strolling through the narrow alleyways and open air plazas of the Old City of Jerusalem, where golden light caresses ancient stone. The Middle Eastern scent also stimulates my appetite for fresh-from-the-oven pita spread with za’atar and olive oil.

The za’atar that we know from its association with labneh and hummus on mezze plates is a condiment made from a mix of spices, herbs, and seeds, and the recipe varies from place to place.

But in fact, the name za’atar also applies to a family of related herbs that grow in the Middle East: oregano, savory, marjoram, thyme. I think it most closely resembles oregano, at least the bush that grows in my garden.

It’s really easy to mix your own za’atar if you can’t get it locally, or if you simply love the idea of making something from scratch.  Just mix the following ingredients together: